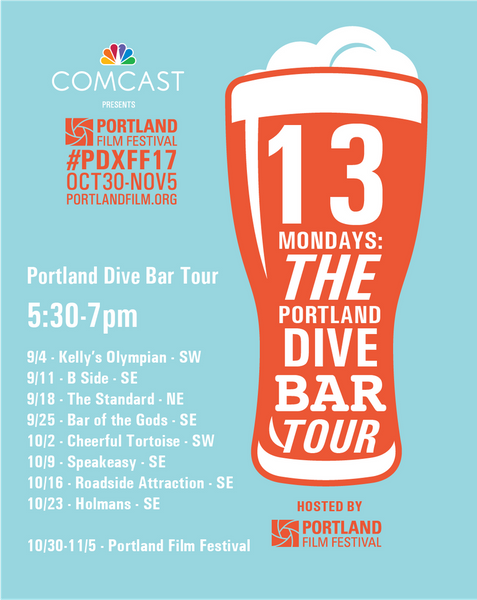 13 Mondays—The Portland Dive Bar Tour
Countdown to the 2017 Portland Film Festival presented by Comcast at Portland’s dive bars. Meet some of the volunteers and staff. Sign up, or just grab a drink. Each week, we’ll visit a new dive bar. We’ll be there from 5:30-7pm. We’ll host drinks the first hour. Get a stamp at each event, and win prizes. Share with your friends. 21 and over only please.