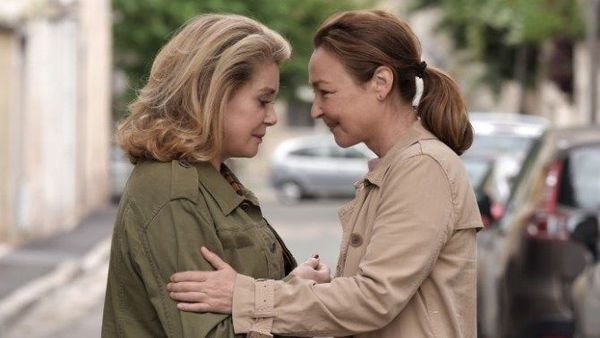 We meet Tuesday evenings to take advantage of their $6 Merry Movie special. They have weekday showings of all their movies in the 7:00 hour, and those are the showings we’re shooting for. If you see something coming up there that you’d like to recommend as our Living Room movie of the week, message me or post it on the board by Wednesday the previous week

Two of French cinema’s biggest stars shine in this bittersweet drama about the unlikely friendship that develops between Claire (Catherine Frot), a talented but tightly wound midwife, and Béatrice (Catherine Deneuve), the estranged, free-spirited mistress of Claire’s late father. Though polar opposites in almost every way, the two come to rely on each other as they cope with the unusual circumstance that brought them together in this sharp character study from the César-award winning director Martin Provost (Séraphine).

“Offering plum roles to Catherines Frot and Catherine Deneuve, THE MIDWIFE is a minor-key crowd pleaser about friendship, forgiveness and rolling with the punches.”

“Béatrice is perhaps the polar opposite of what we think about when we think Deneuve, and yet, as with all the other eccentrics she’s played, the actress grounds her through an otherworldly grace and humanity.”

“THE MIDWIFE eventually devolves into a blandly sentimental register in its second half, which prominently features two mediocre subplots: the cute, but dull romance featuring Olivier Gourmet (“The Son”) and a half-hearted critique of techno-capitalism in the medical field.”